Jerry has Down’s syndrome, and his participation in the campaign was no coincidence. His entrance was timed to coincide with the launch of the project Vi kan mer (We Can Do More), which led to over 1,200 people with disabilities finding jobs at ICA. The project is in collaboration with ICA, Samhall, FUB (National Association for Children, Youths and Adults with Intellectual Disabilities) SKL (Swedish Association of Local Authorities and Regions) and the Glada Hudik Theatre. Through this project ICA aims to contribute to the creation of a society open to everyone and where everyone can develop to their full potential regardless of what their initial conditions are. Basically it is about believing in people and giving everyone the chance to be seen, heard and taken seriously.

ICA-Jerry has inspired a debate about working conditions for the disabled and the importance of viewing people as a resource and not as a burden. Better to be king of stacking tins neatly on a shelf than not to be king of anything.

Mats Melin, the man behind ICA-Jerry

ICA-Jerry has become a phenomenon. He has more than 400 000 followers on Facebook and gets asked for his autograph wherever he goes. He doesn’t have Internet himself, but is thinking about getting it. For Mats Melin, who plays the part of ICA Jerry life continues almost as normal. Mats is part of the Glada Hudik Theatre ensemble and plays one of the parts in the new musical the Wizard of Oz. He is happy to live in Hudiksvall and when he is not on stage or filming the ICA ads he works as a janitor at Hudiksvall’s hospital.

“I enjoy playing ICA-Jerry, it is an important part and I’m glad they chose me”, says Mats Melin. 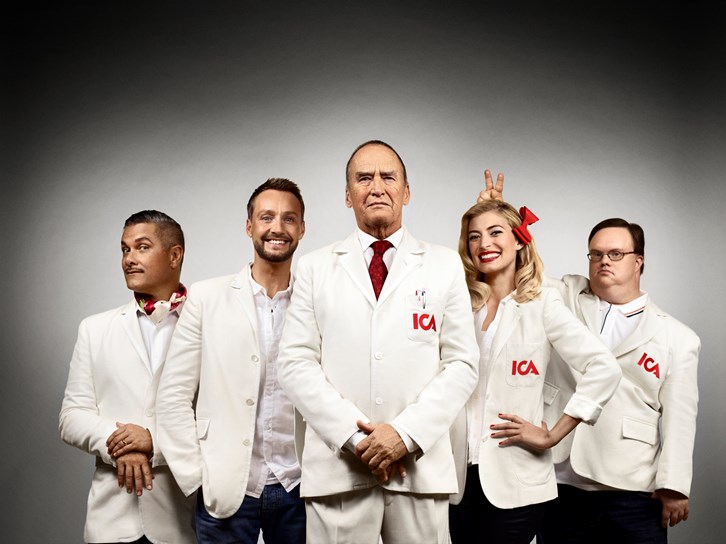